The work which left an indelible mark on my mind was the video Road to Arguvan (2013). The video is of a deep crack on the road which the artist encountered during his trip to Malatya. The fact that the video was filmed using a single moving camera passes on this feeling of coincidence to the viewer. The weak spot of the whole piece is this image of the crack, which is quite powerful as a concept in a geographical region which is as troubled as ours. It makes us think first of all about the chasms in our social memory, our political history, and those it has left out—our unwritten history which attempts to seep in through the holes it finds, and grows more as it seeps through, and envelopes us. This fracture, which was created suddenly, with no apparent earthquake or landslide, as if by “fate”, is just like a window which has been opened in order to be able to look at the unwritten history of the geography of the region of Anatolia.

Road to Arguvan and the metaphor of the crack reminds me of the Van earthquake, which I have not been able to erase from my memory. After the earthquake, towards the end of the relief effort, we had stayed at the Bayram Hotel. The walls, the columns, the beams were full of cracks; the repairmen were plastering these cracks and painting over them. Hotel personnel were trying to cover up the cracks by placing huge artificial flowers in front of the walls which were yet to be repaired. Despite my objections, we stayed at this hotel; it seemed that we had no choice. The hotel collapsed in the second big earthquake just a few days after we left, and 24 people lost their lives. We should not underestimate underground movements as something trivial; sometimes these types of movements uncover the truths which have been papered over, and the world turns upside down. In the aftermath of the Van earthquake the remains of structures were discovered underneath the ruins of some of the houses. These structures are thought to have been built by Armenians to be able to hold rituals in secret, as they were forced to change their religion following the genocide.  Even though it has not yet become certain which period these remains belong to, the probability of the accuracy of the assumptions is very high. The statement of the Habertürk presenter, “even though [the earthquake] took place in the east of the country, we are sad,” and the stones and flags that came out of the aid packages, made the secret hostility within society, evident. However, this created a kind of “confrontation”, mobilizing consciences, and ultimately—just as it had happened in the Düzce earthquake—led to an exhibition of incredible solidarity.

At the end of the video we see a television set which has been thrown into the fracture. I first ask myself why there is a television on the road, but when I think about it, I realize that there is no hole that television has not gotten into. The indicator of the age of miscommunication, the jewel to our homes—the television. The misinformation that the television relayed produced deep fractures in our shared memory. Avşar conceptualizes themes that the television expertly employs—violence, war, fear, guns, assassination or news of attacks—all of which the viewer has become desensitized to with frequent exposure. Avşar draws attention to these situations through art—we might be desensitized as viewers, but war and violence do not cease to exist. Within the context of the exhibition that interrogates the relationship between violence and power, the TV’s existence in the well formed by a fracture is quite compelling, implying the end of the TV era. 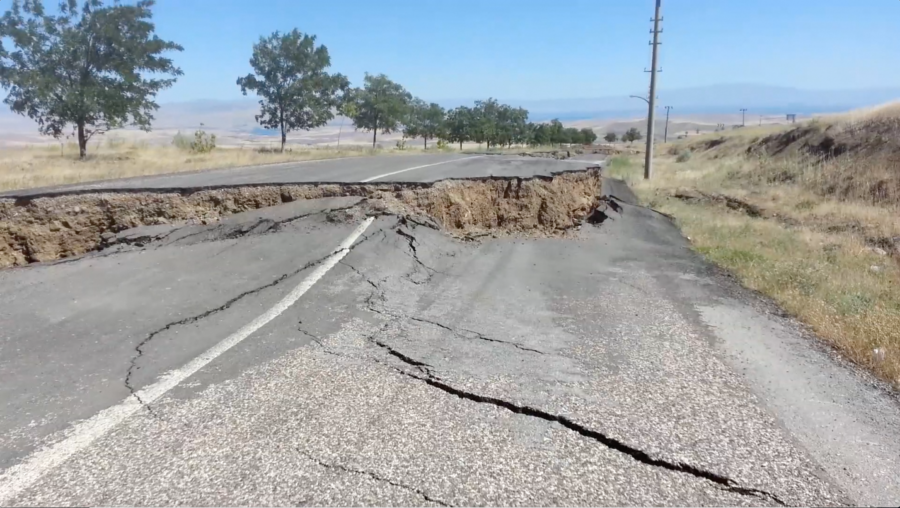 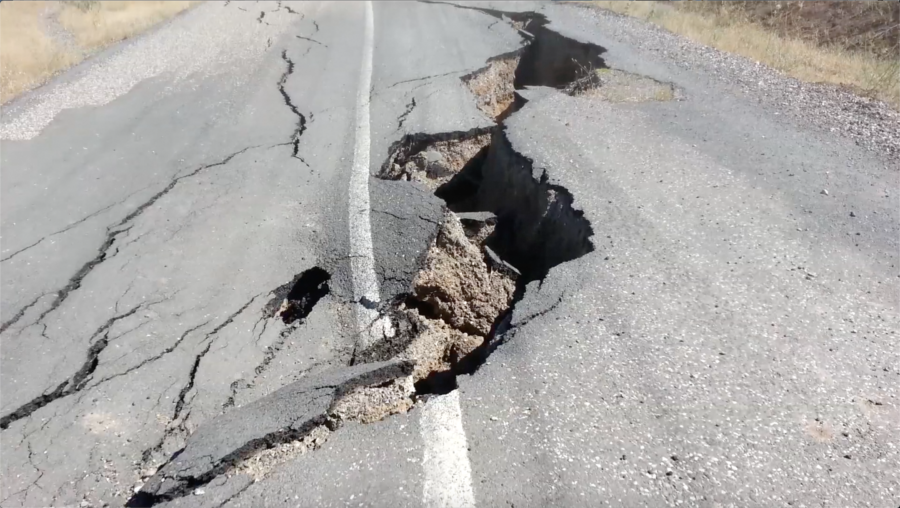 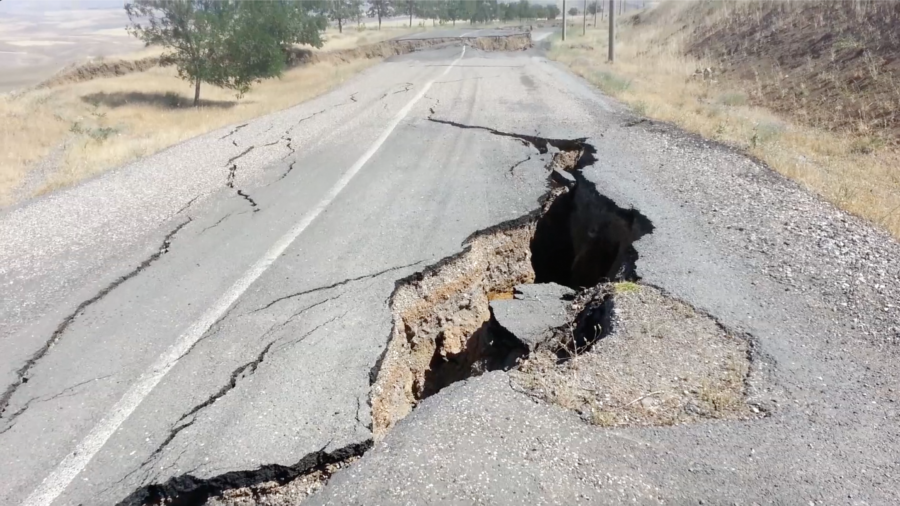 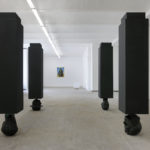 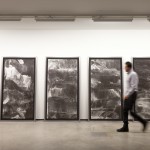