The centerpiece of the exhibition called Black Album, shown at Rampa Istanbul in November-December 2013 is the eponymous Black Album (2013), a series of twelve 76″ x 40″ paintings of metallic silver paint on tar felt. The silver paint spreads and folds freely over the tar, creating different studies of chiaroscuro, texture, and perspective. Their inspiration was the vast and dangerous mountainous landscape of eastern Turkey that Avşar traveled through by bus at night as a young man. The rich visual complexity of these paintings, however, challenges the primacy of the artist’s personal perspective, as they distinctly resemble the primordial tumbling of lava down cliffs and the roiling rivers of the Earth during its creation. The fact that the paintings simultaneously are both things is the point and the root of the poignancy of the works. by Rowan Ricardo Phillips

Read a review of the entire show in The Paris Review at http://bit.ly/IPAGrV 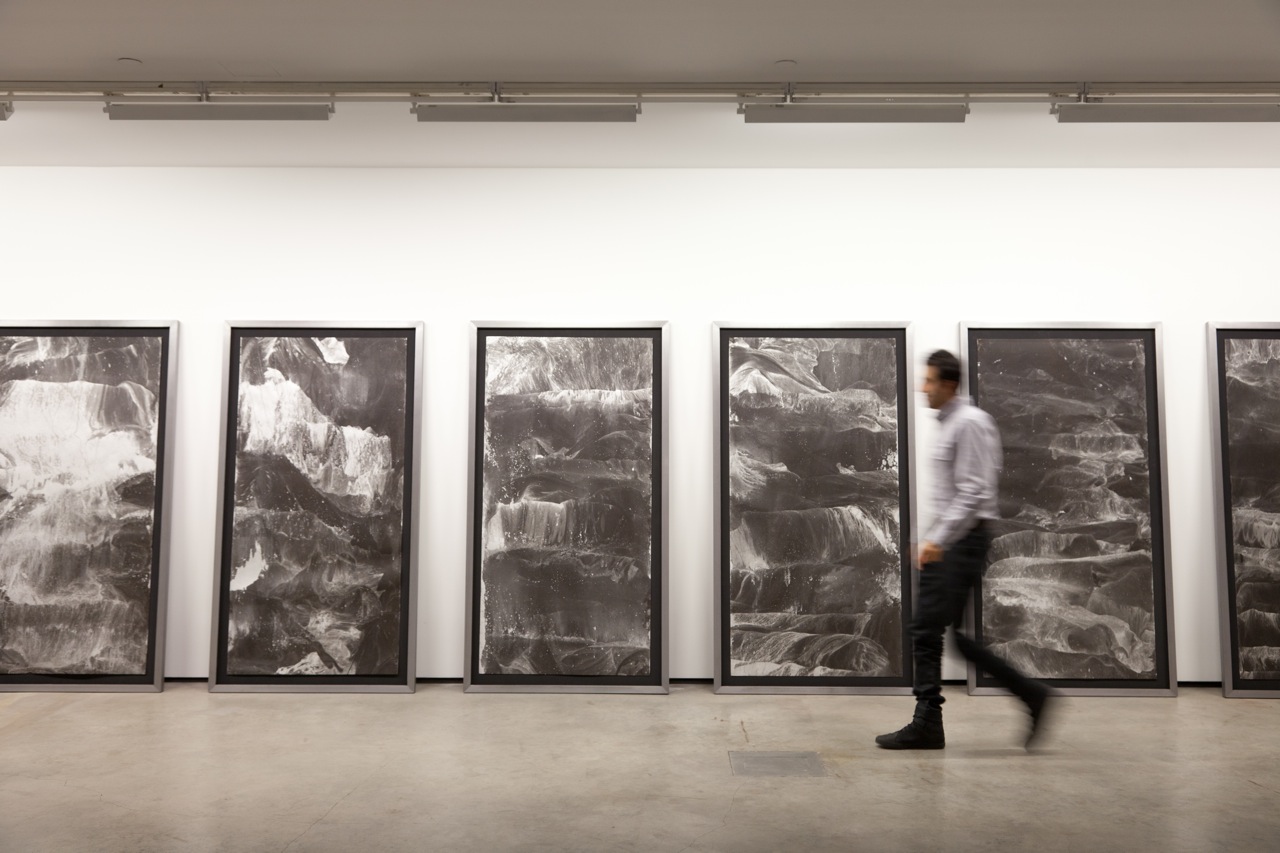 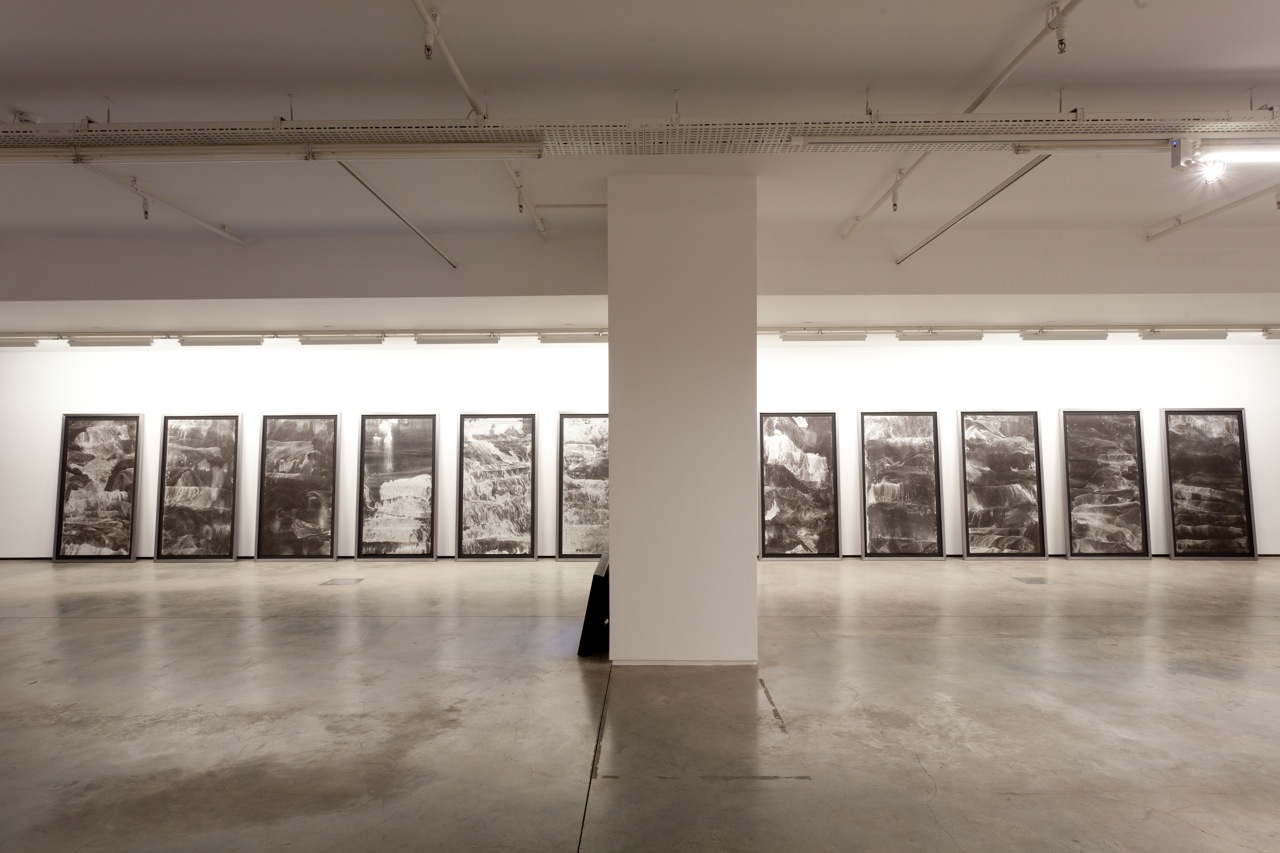 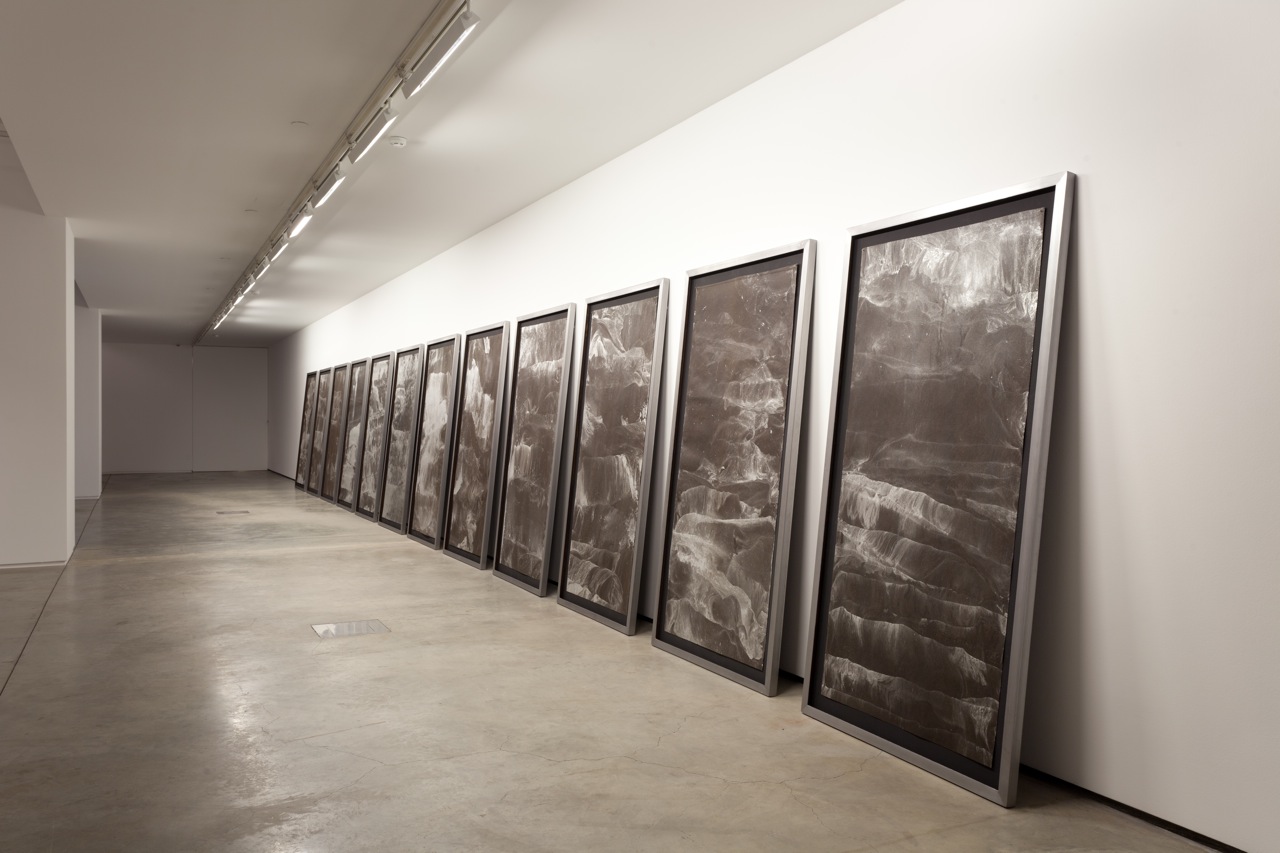 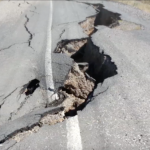 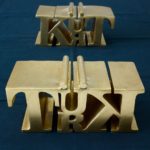