The Charles Bank show’s eponymous piece, the car—which, in its finished form, is torched —was originally conceived in 2008 for a show at London’s Saatchi Gallery. Mr. Avsar purchased the vehicle from a junk yard in Saugerties, N.Y. It was originally a New York State Police cruiser, but the artist wanted it to resemble a New York Police Department vehicle.

“I wanted to play with the idea of an untouchable institution, the NYPD, being infiltrated and destroyed. And I think that’s very possible,” Mr. Avsar said, emphasizing that he respects the police. “I hope that will never happen, but we live in a world of unconventional wars.”

To re-create the look of an NYPD cruiser, Mr. Avsar snapped cellphone photos of cruisers on the street, then used the images to design stencils of the cars’ detailing. To replicate the precise hue of the paint, he armed himself with a book of Pantone color samples, headed to Jay Street in Brooklyn, where a collection of parked police cars usually can be found, and held the samples against the vehicles until he found the ones that matched.

Mr. Avsar performed most of his work on the car at his country house in Athens, N.Y., in part to avoid attracting unwanted attention for torching a former cop car. The car, which is visible in the gallery from the street, has sparked curiosity in passersby. As Mr. Avsar oversaw its transportation into the pristine white gallery space, traffic slowed on Bowery as drivers rubbernecked to see whether the vehicle would fit through the doorway. (It did, just barely.) excerpt from and article published in WSJ by Erica Orden 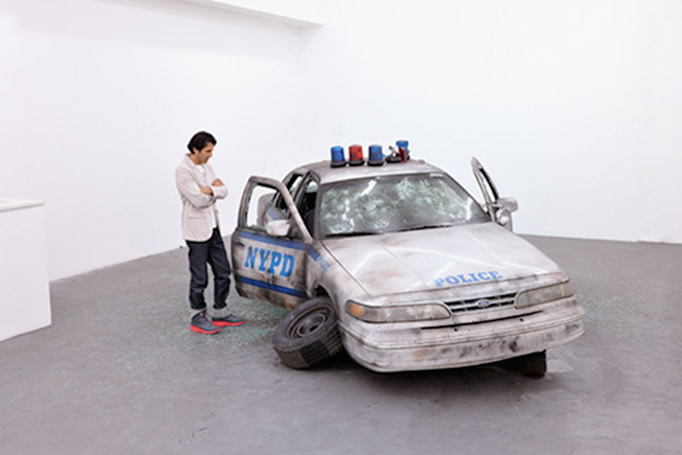 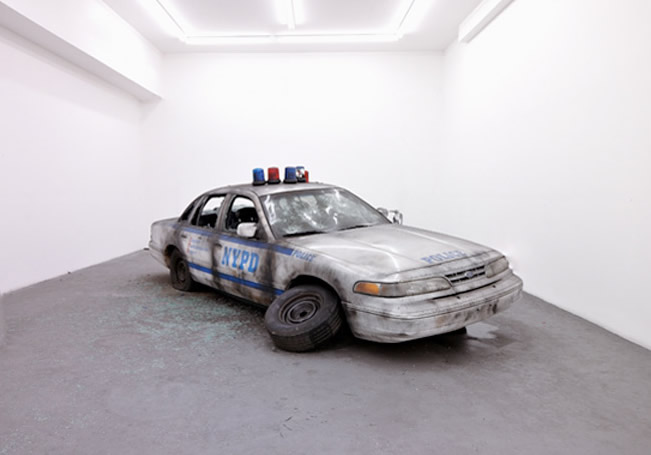 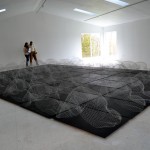