This installation of 49 chicken-wire figures, placed in 7 x7 format facing the direction of Kaaba, the most sacred location in Islam, is a stunning example of the complex religious heritage, experience and perspective of Vahap Avşar. As the viewer interacts with the installation and tries to observe it from various angles, he/she unknowingly partakes in a blasphemous act of walking in front of worshipping Muslims who are in a frozen state of total submission to God (‘Allah’).

As one of the Five Pillars of Islam, Namaz is a key Muslim worship ritual that consists of the repetition of a dozen prescribed physical actions, words and prayers. It is obligatory for all Muslims except those who are disabled, prepubescent, very sick, lactating, pregnant, menstrual period, frail and elderly or traveling on a long journey. It is required to be practiced 5 times a day by all Muslims (men and women) but time constraints of modern life has morphed the practice into a Friday-only ritual when literally thousands of men turn up to worship in mosques and surrounding street on their prayer rugs (’seccade’), led by an Imam.

This installation is inspired by Avşar’s childhood memories of Muslim men spilling on the streets and alleyways from the mosques to perform Namaz. Coming from a family in Turkey whose spiritual rituals are banned and its members have been prosecuted for centuries, and having never been into a mosque as a worshipper in his life, Avşar attempts to deal with the feelings of intimidation these herds of men invoked in his psyche, in search of a path to make peace with his early years in life.

Avşar says “With this installation, I wanted to re-create the scene in a serene and a secular setting in a white cube to explore its sculptural qualities. The figures have no chance of knowing what is happening around them. Chicken wire that the figurines molded within is employed here for both its sculptural and metaphorical quality as the blackboards they kneel on float in the space help bring them to the art sphere.” Each figurine has almost 3,000 holes Avşar painstakingly sculpted by hand, which took him months to complete. by Asli Ay 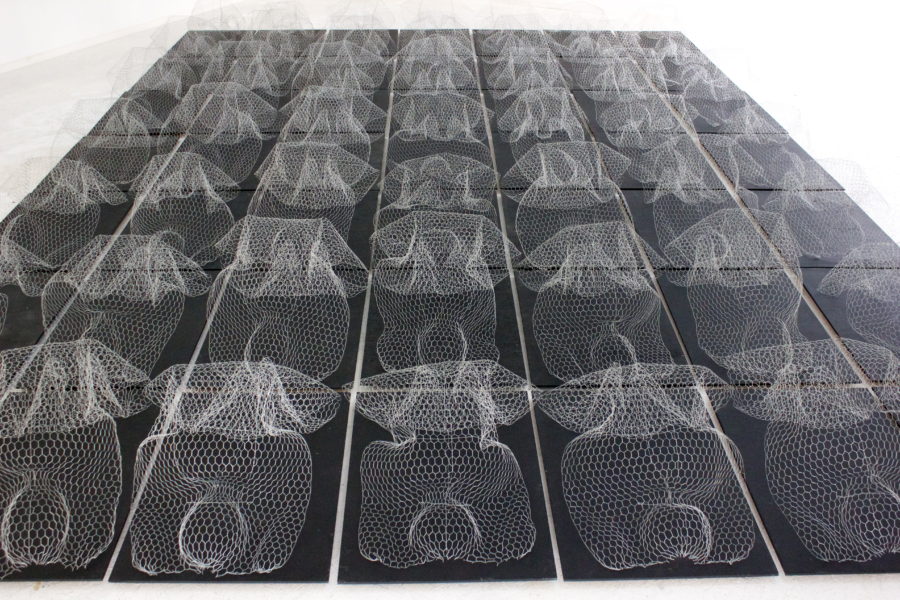 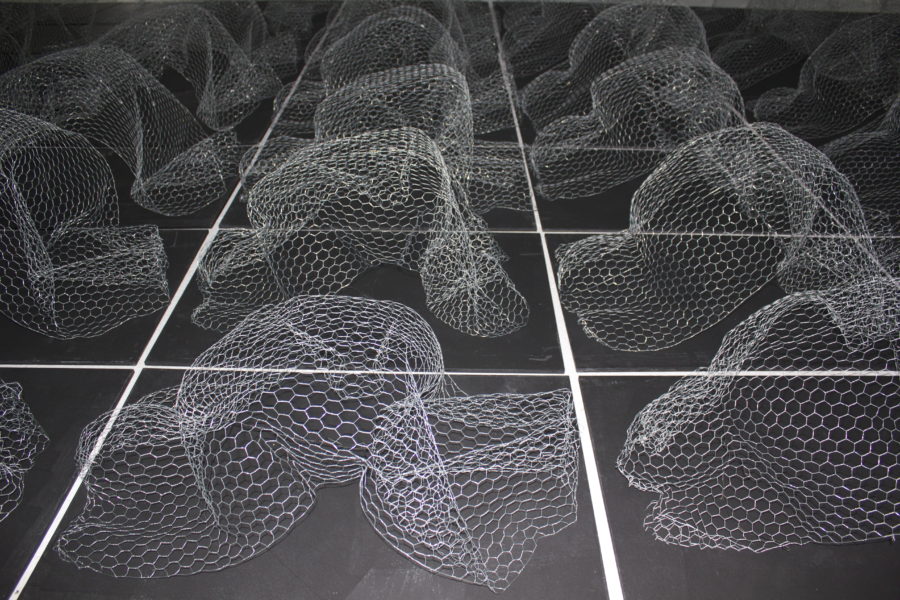 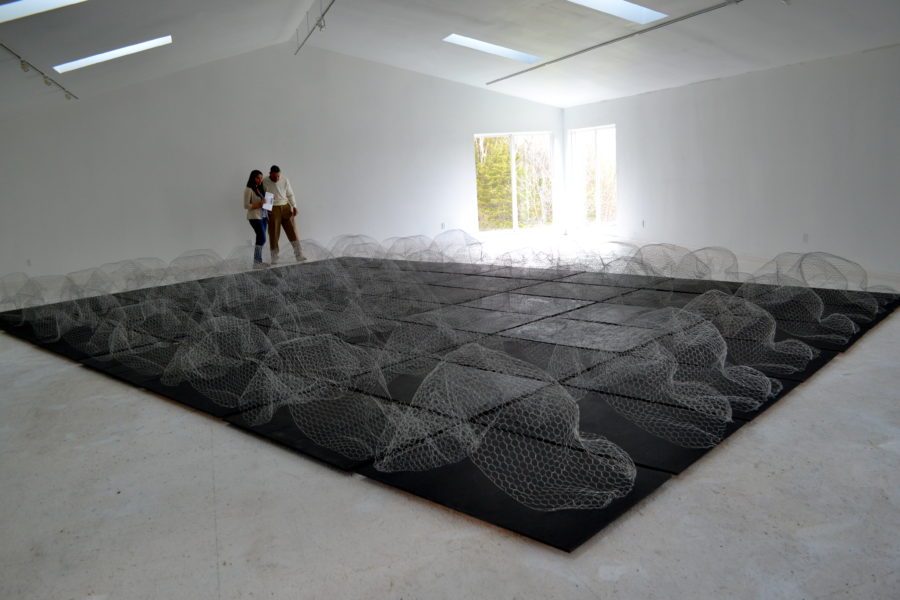 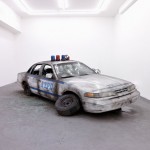