Tekmil is the name of the act and title of a single channel video installation of a soldier’s oath. In August 2010, 6 months after Vahap Avşar has done his mandatory military service, invited his drill sergeant Salih Çavuş to his studio in Istanbul for this project. When the sergeant arrived in the studio Avşar gave him a hair cut, a set of uniforms and a pair of soldiers boots then asked him to switch roles. After he is nervously agreeing, Avşar become the sergeant and Salh Çavuş the plain soldier. In this video Avşar is behind the camera asking questions a soft way, as the sergeant he once was trained by and Salih Çavuş responds in a loud, staccato voice, his face sweating from the exertion nervously.  The work not only provides a look inside a military institution’s approaches to forming identity, exerting its control and fostering discipline on individuals but also the probability of shifting power dynamics as they both feel the terror equally. 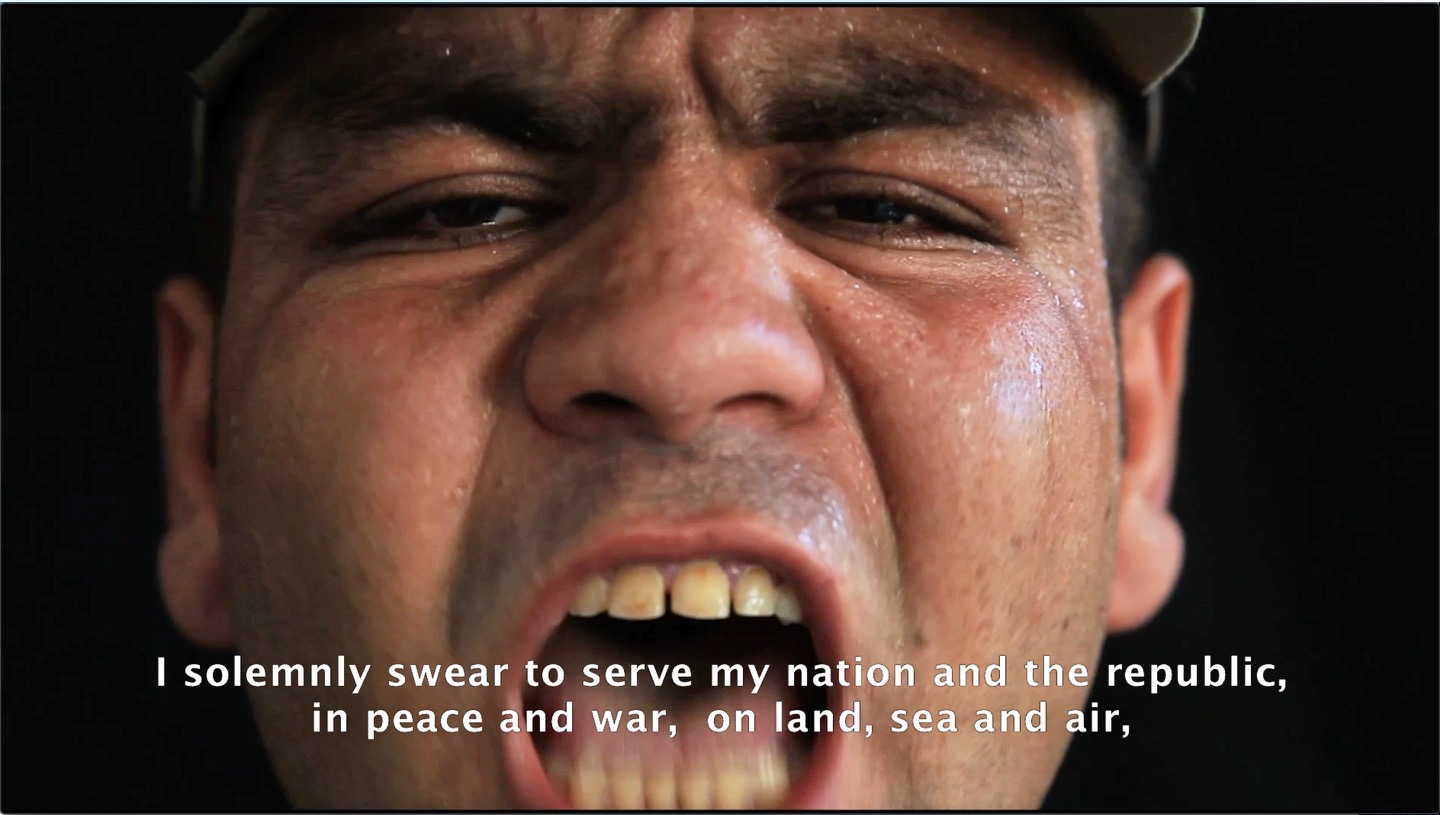 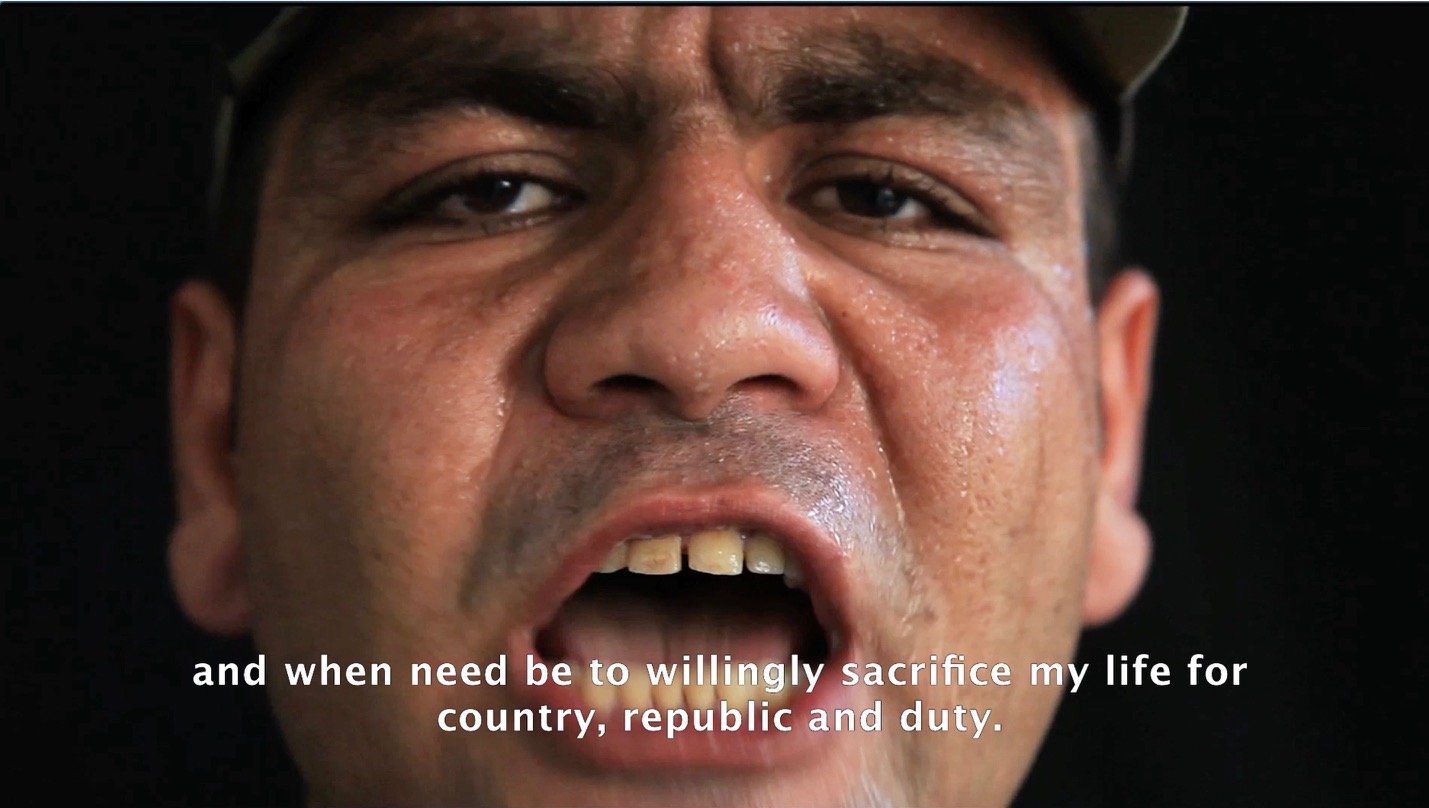