SUPREME is an installation that was first shown at the Armory show in New York and consists of a simple neon sign, twenty-one by five inches that read “ALLAH”. In its minimalistic choice of words and display, the work exemplifies Avşar’s typically dry delivery. But beyond this, it seems to have come about by the following process: The year 2008 was part of a period in time – which still continues today – in the USA and New York in particular, defined by the fact that the tower have long since come down, the military has gone to war in Iraq, there is tighter security at JFK customs counters, and there is a growing sense of unease amongst the public on the streets of Broadway and Houston about what the dangers of Islam might be and whether there is another imminent terrorist attack from a Muslim constituent on the horizon. All of the above conditions, as perpetuated by the new media, have been cut and pasted onto a kind of virtual cork board in Avşar’s mental studio. The selection happened during long nights of watching endless PBS, CNN and Fox News; the criteria for selecting the pop in the news lay in recognizing what is politically hot rather than what is politically charged (that the word Allah used a decade a go on American soil would have been just as charged when deconstructed in a sociopolitical context, but was not as much on the radar as it is today). Overall, the act of browsing culminated at a checkout stand somewhere between the cork board of Avşar’s mental repertoire and the drywall booths of Armory Show. The shopping experience, as a whole, is represented there in its culminating form to ticketed visitors from divers urban sprawls, who have all conglomerated on a  set of piers somewhere on the west Side Highway, which is distinctly American. 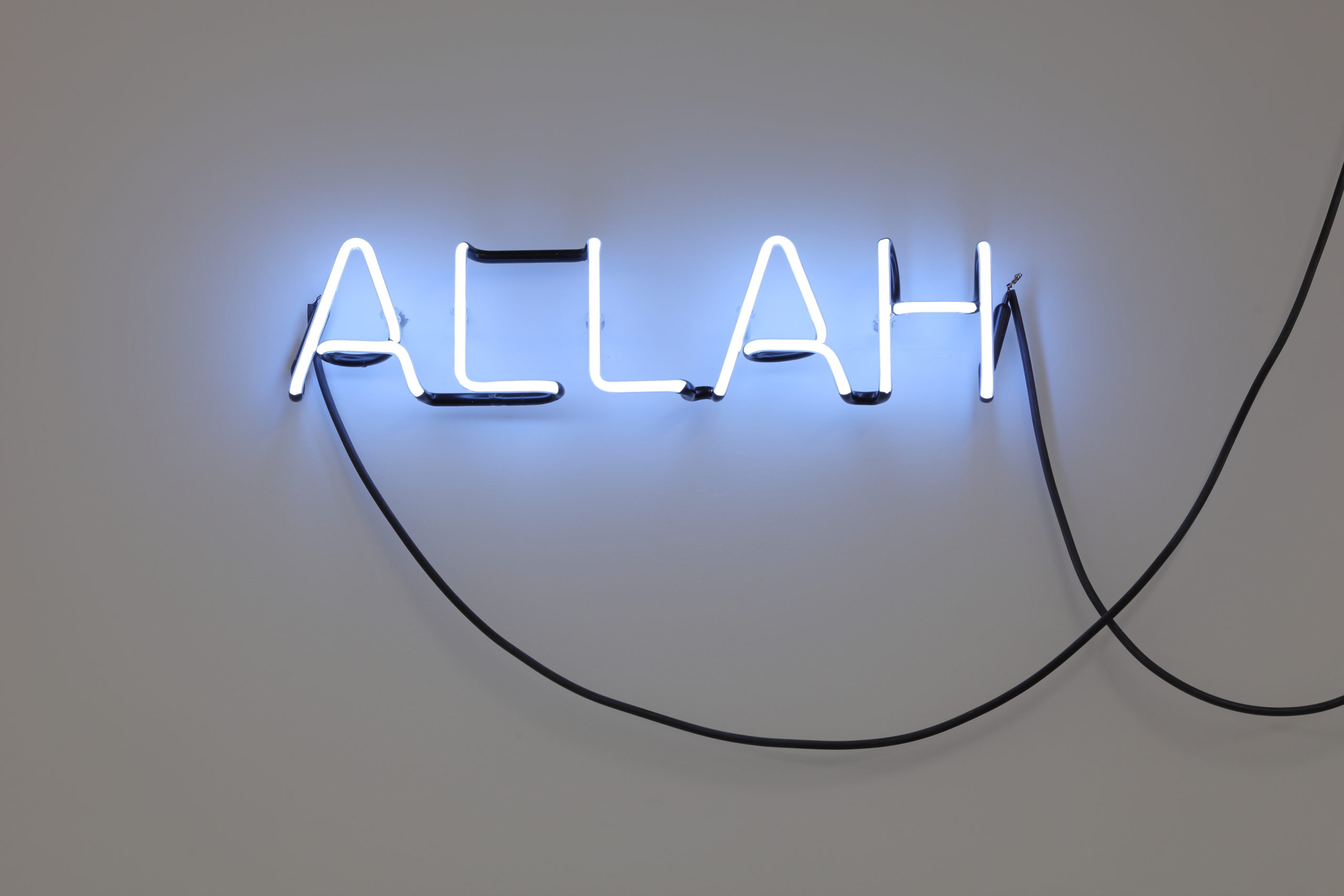 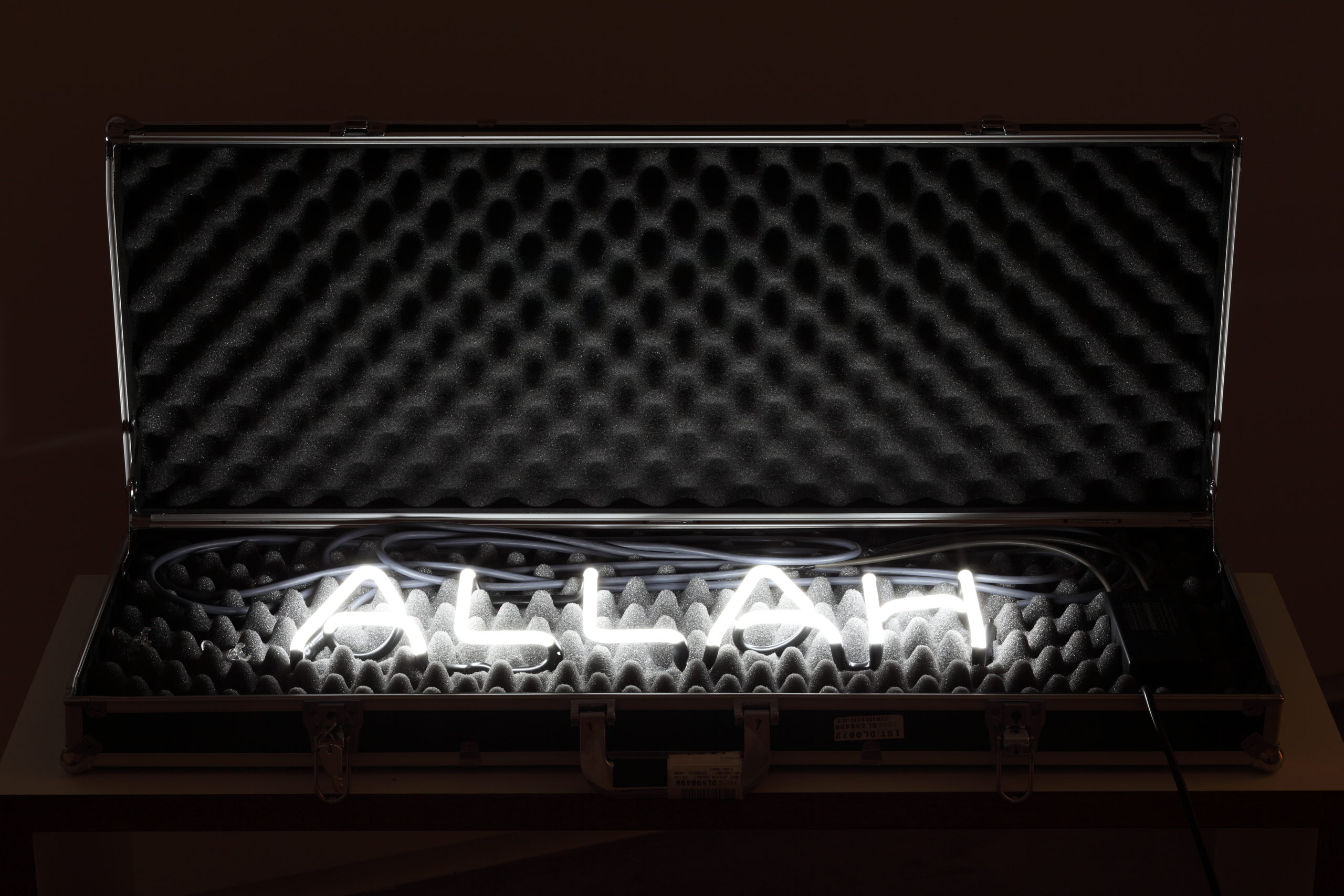