Lexy Funk and I made a trip to Arizona and a series of performance in Yuma. First performance served as a ceremony for our union with only a video camera as a witness. This performance comprised of us walking towards the Mexican border backward until we disappear over the sand dunes on roller skates dressed in costumes we made of dollar bills and gloves. It continues with another performance with a tent we made out of 22 white men’s shirts which produced numerous giant white eggs that went into the lake.

Video documentation of the performance then were shown at several venues in The Netherlands and at the 5th Istanbul Biennial in 1997 where we installed a TV monitor on a pedestal in the middle of a terminal in Istanbul Atatürk Airport where it stopped thousands of passengers on their tracks for over a month. V.A. 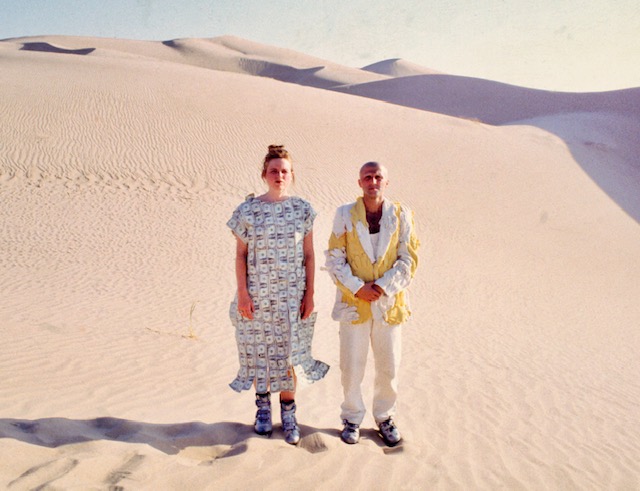 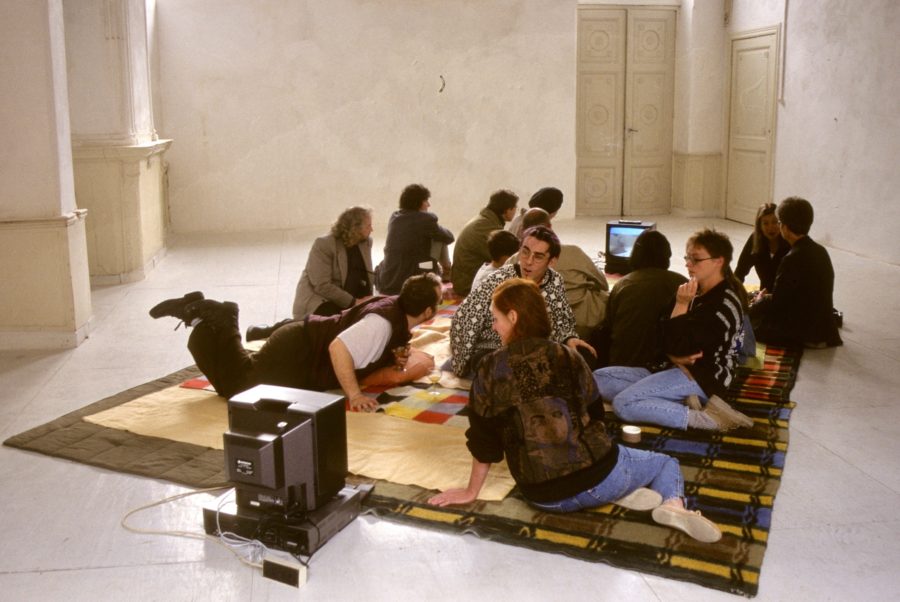 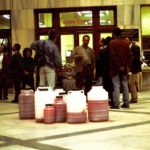